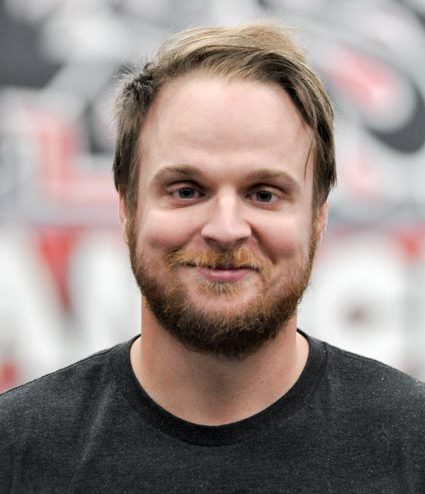 I had always been an athletic person, playing almost every sport I could from elementary through to high school. Unfortunately, when college became a priority in my life, movement did not. I gained a significant amount of weight through my first two years of college and was extremely unhappy with my physique. I began visiting online message forums looking for exercise advice, when in 2007 there was mention of CrossFit. This led me to the Main Site. I liked the idea of having programming done for me. I began following the main site workouts, paired with basic weightlifting and cardio work. From there, I got into coaching both CrossFit athletes and powerlifters.

What is your biggest contribution as a Coach?
Coaching athletes to provincial and national championships.

What brought you to Coaching?
What started as a way to earn money, for teaching about something I was passionate about, became a passion in itself.

Favourite movement/workout and why?
Deadlift. There is no greater feeling than holding a massive amount of weight in your hands.

What do you like to do outside of CrossFit?
Golfing has become a big passion of mine; I believe it compliments my fitness. It exercises my mind and helps me strategize like I do not normally do.

Advice for someone starting or wanting to start CrossFit?
There is a reason can be utterly exhausted and still come back. It’s the community. To me the fitness is secondary to the relationships you will build.