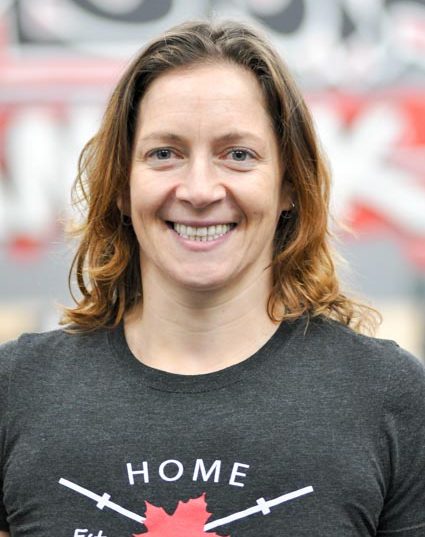 My love for an athletic-based lifestyle started early on. Once I entered the workforce, it became challenging to stay active and fit, especially with long commutes and sedentary office work. I made some lifestyle changes and I was able to get back into action! I did spinning, joined a gym at my office, and also tried a variety of sports including soccer, ultimate Frisbee, rock-climbing, and more. I thought I was doing well in maintaining my fitness…until I was introduced to CrossFit in 2012. I was lucky, my friends opened CrossFit Canuck. I joined the first month to support them, after that I signed up for an additional month, but I just wanted more, so I jumped in head first and have been a member ever since!

What brought you to Coaching?
I wanted to help people get better at moving their body, and see their amazement at the changes to their well-being that CrossFit can produce.

Favourite movement/workout and why?
Thrusters, because I can do them, but lots of other people hate them LOL

Advice for someone starting or wanting to start CrossFit?
Just give it a chance! Lots of people are scared they are not strong enough to start CrossFit, because they don’t understand that CrossFit is the best way to get them stronger, no matter what status their health is in.